Simone is a fourteen year old Haitian immigrant who moved with her family to America for a better life. But when she’s forced to become the translator for her overbearing mother who doesn’t speak English, she struggles to overcome her social anxiety and her mother’s expectations.
Immigrant Voices
by
by Desirée Winns 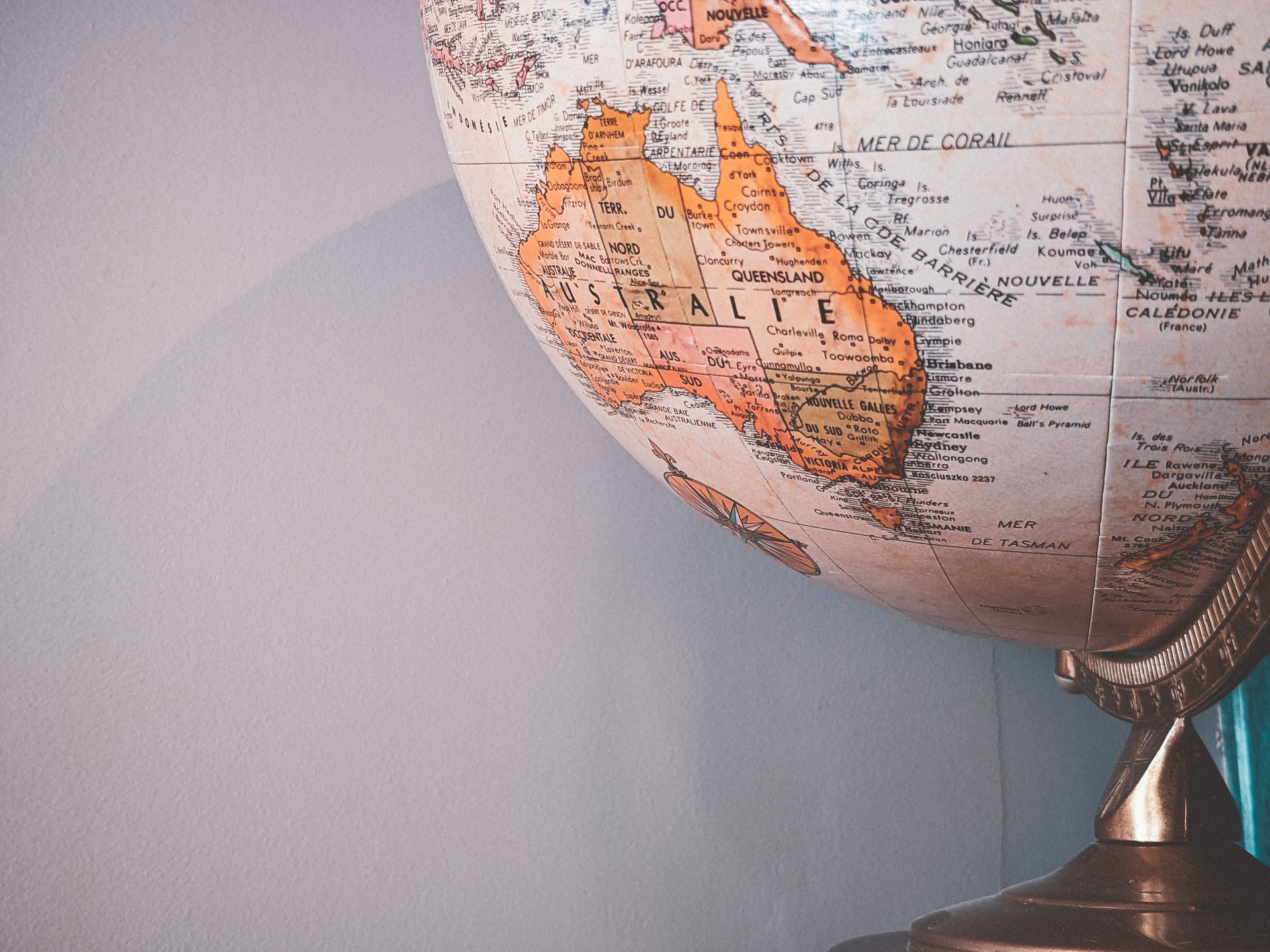 To Simone, English was like someone you saw every day on the street, but when they smiled at you, said your name, and spoke clearly, you could never remember who they were or how you should respond. That’s how she felt when the cashier asked her about the bag, as she stood in the front of the line on a busy Friday afternoon and the string of impatient customers behind her grew more irritated by the second. The cashier’s smile was starting to fade. Something, something, bag. Would you, something, something, bag? The question came again and again like a dooming roll of thunder getting closer to the horizon. Simone felt a pang of anxious lightning, and it crackled as her mother, Gloria, rested a hand on her shoulder.

Simone looked up to see her mother peering at her sternly. She knew that look was both a question and a demand. What was the cashier saying? Answer her, now.

So Simone turned back to the confused cashier and spoke the only English word she could say with full confidence. “No.”

The cashier frowned. The customers exhaled. Gloria removed her hand. Simone took the receipt, its long list staring back up at her in a taunting block of text that she couldn’t understand, but just as well knew the cost.

Simone didn’t realize until she and her mother started walking home that the cashier had asked if she’d wanted a bag. Now, as the two of them carried the groceries for dinner, Gloria realized it, too.

“I thought you took English before we came here,” Gloria said in their native French.

“I did. But that was only six weeks.”

Simone tightened her jaw. They’d only been in America for two weeks, and this wasn’t the first time that her mother had criticized her English. When they first landed in America, Simone had been unable to decode the shuttle schedule they needed to get to their new neighborhood. She was so overwhelmed that all she could do was tremble and cry. Gloria called her selfish. Last week, an attempt to order breakfast at a bakery was failed by Simone’s realization that the baker had mumbled a slur under his breath when she was unable to speak. Gloria, unaware, only told her to speak louder. Simone swallowed her tears and asked in her limited English for “two croissant.”

But just as she had on those other occasions, she kept quiet about her frustrations.

That night at dinner, Gloria, Simone, and her father Austin gathered around their small table and ate in silence. Gloria ate with her ever-stiff posture. Austin kept his face in his food. He was a bus driver now but had been a teacher back in Haiti. He spoke English only a little better than Simone did, as much as necessary to answer customers that might demand a faster route or ask to break change. Simone liked to joke that he turned his dinner plate like a steering wheel. She watched him turn his plate to fork up his red beans and rice, and then quickly back to address his chicken.

Austin snorted and grinned at his daughter. “Perhaps I should slow down before I end up at my last stop.”

They laughed as Gloria looked on quietly, a pressed smile to her lips. Austin swallowed and remembered something.

“A man is coming to set up the Wi-Fi, tomorrow. I’ll be at work, but he’ll be here at eleven. Simone, you must be here to translate for your mother.”

Simone lost her smile as Austin went back to his rotating plate. Gloria glanced at Simone, but Simone did her best to keep her anxiety hidden.

Simone lied awake in her bed for hours, flipping through her heavily marked French-English pocket dictionary. She was desperate to prepare for anything the Wi-Fi man might say, from hard, technical words like “router” to softer, general speech like “connection”. Connection meant so many things in English, she wondered if she could just say the word and the man would just understand. She’d never wanted it more as she lay there, trying to memorize the words like vocabulary for a test, and the more she tried, the more she missed her life back in Haiti. How easy it had been to go out into the world and come back home with all the confidence you left with. How simple it had been to say hello, to order breakfast, to make a friend, to speak in a fluent rush of words instead of apologetic, blocky spurts. Connection.

The unfairness pulled at her chest. Why couldn’t her mother at least attempt to learn English? Why did she have to be the only one to try, fail, and face both her own and her mother’s disappointment?

Simone decided that, at least for tomorrow, her mother should know how it felt.

Her father Austin was gone on his bus route before the sun was up. Simone was up a little while after, and saw Gloria cooking breakfast as she hummed a song under her breath.

Gloria offered her some eggs. Simone declined and told her she would walk around for a bit. Gloria reminded her to be back before the Wi-Fi man’s appointment at eleven. Simone assured her she would be there, then put the pocket dictionary on the table before she left the small, barren apartment.

The short, square buildings of strip malls, dry brown grass, and wide parking lots filled a world of easygoing Americana. Walking alone through the small suburb, Simone found that all she had to do was smile at the occasional stranger, and mind her shoes on the sidewalk peppered with dog droppings. No one could tell the level of her English with her silent smile. No one saw her feeling like a foreigner when they offered to open the door to the coffee shop. There was hardly any notice of her anxiety as she found herself able to walk up to the counter and say: “one small coffee, please.” That was all it took. When she was on her own, without her mother rising over her shoulder, talking to people wasn’t so hard.

She sipped her coffee in a small booth as gentle chatter surrounded her. She clung to bits of conversation describing late-night football games, early morning essay writing, brand new books to read, a different approach to helping a baby sleep. Some things could not be so easily defined in her little dictionary, and she found that sitting there and listening was doing so much more to help her understand that fantastic word: connection.

Soon, it was twelve. She decided to go back to her apartment at twelve-thirty.

When Simone opened the door, she wasn’t exactly sure what to expect. But she wasn’t surprised by the red, French rage of her mother, standing in the kitchen.

“The Wi-Fi person was here at eleven!”

“I left the dictionary on the table.”

Gloria rolled her eyes. “Why would I flip through a book when you could just talk to him? It was embarrassing, Simone. I had no idea what he was saying!”

Simone stood her ground. “I’ve been translating everything for you for the last two weeks, and I’m still learning! Maybe you should learn some English for yourself.”

“I don’t ask you for a thing! And you can’t even be here when I need you. All I’ve given up to move here and live the way we do-”

“No one forced you to come here!” The words erupted from Simone’s throat. “You chose to do it! And I just got here, too! I’m struggling, too!” Despite her best efforts, the tears started rolling down her cheeks again.

“Stop crying. You don’t have anything to cry about.”

Simone stormed past her mother and into her bedroom, ignoring Gloria’s demands for her to listen and show respect. She closed the door, letting the muffled tirade continue behind it.

That night, when Austin returned, the dinner table was set but Simone’s seat was empty. Simone sat alone and exhausted on her bed as she attempted to drown out the noise of her parents talking outside her door.

The talk escalated into an argument. Simone pulled out her phone and tried to log onto the Wi-Fi. She didn’t know the password.

The next morning, Simone stepped out of her bedroom. Austin sat alone at the table, eyes red with exhaustion. He noticed her.

“You need to apologize to your mother.”

“And you don’t know how hard it is. You’re never around enough to know what’s going on. Nothing I do is ever good enough for her.”

Simone didn’t have any more tears left to cry, numb to the bitter fact. Austin took in her words before he carefully selected his own.

“Your mother didn’t want to come here. But she agreed because she knew there would be better opportunities for us- for you. She gave up her job, her family, our house back in Haiti for us. And she just wants you to be able to hold your own. Maybe she doesn’t do it in the most sympathetic way, but she loves you. She does.”

“And, to be honest, she’s embarrassed that she can’t speak the language. I guess, with you speaking it as well as you do… she figures that you can help her since she’s already given up so much. I know that’s not fair to you. But whenever you see her again, just try to understand each other. Please.”

Silence. Simone allowed her father’s words to settle within her.

Later that day, as Simone walked through her new suburban surroundings, her mind turned over a million thoughts at once.

She passed the coffee shop, then stopped. Inside, her mother stood anxiously at the front of the line, struggling to order.

Simone put a hand on the door handle, conflicted. Should she go in?

The barista didn’t understand. The line grew longer behind Gloria.

Simone gripped the door, ready to save her.

Finally, Gloria stiffly reached into her purse and pulled out the small dictionary. She flipped through it, then finished her order with choppy, mispronounced words.

The barista nodded and told her the price.

After her order was done, Gloria took her coffee and sat in a corner booth, away from where everyone else chatted in excited, American English. Simone had never seen her mother, usually so poised and self-assured, look so alone. Gloria stared down at her coffee, on the verge of tears.

In one long, silent moment, Simone saw everything that they had both given up to come here.

Finally, she opened the coffee shop door and walked in.