Tastes of Home - Making friends as an Immigrant

When lunchtime arrives during Sarah's first day at an American school, she finds herself being scrutinized by the other students for her meal from home. Spicy aromas and the smell of freshly cooked rice are all quite new to her peers––that is, until the girl sitting across from her asks to take a bite of Sarah's food.
Immigrant Voices
by
Kyubin Kim 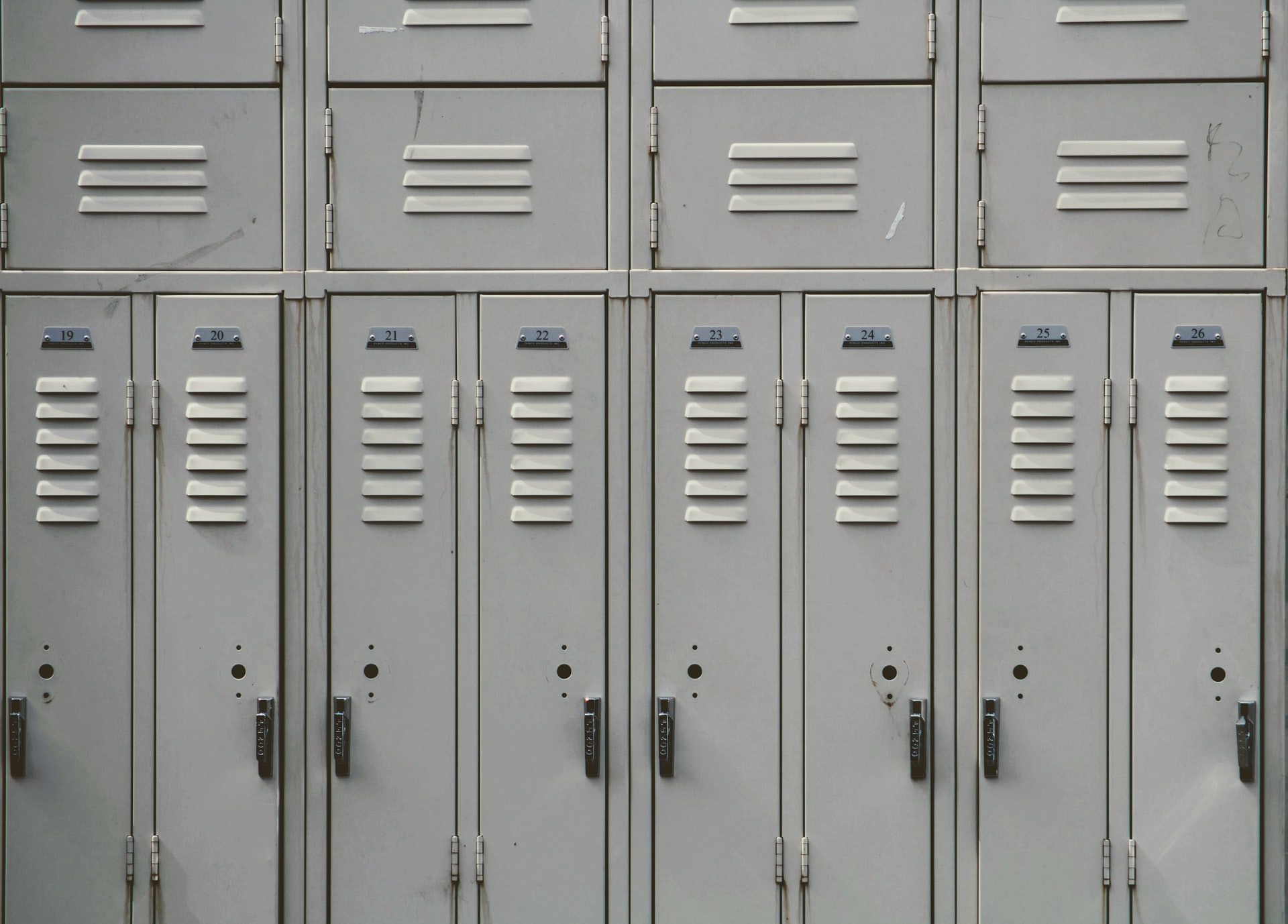 It was lunchtime. Students poured out of classrooms, rushing to the cafeteria, a sea of backpacks racing to get to the front of the line. One girl stood nervously apart from the rest. She carefully wove through the rectangular tables, searching for a friendly face and an open seat.

It was Sarah’s first day at an American public school. She loved all her new teachers, but the introductions were draining. She was starving and she couldn’t wait to eat the lunch her mother had spent all night preparing for her.

With a sigh of relief, Sarah spotted an open seat. She sat down at the table, across from a girl engrossed in a book. Sarah carefully took the plastic containers out of her tote bag, opened it, and inhaled the familiar scent of herbs, fried fish, spicy seasoned tofu, and fresh-cooked rice. It smelled delicious. Expertly twirling her chopsticks, Sarah dug into this extravagant meal, unaware of the stares and whispers she was getting from her classmates. Is that a real fish? With eyeballs? What’s that smell?‍

As she began to notice the sudden attention, Sarah slowly lifted her head up, making eye contact with the crowd of people bunching up near her table. Everything was moving in slow motion. The girl who was reading in front of her put down her book, and was now looking at Sarah with one eyebrow raised. Sarah felt her cheeks starting to burn which made her eat even faster. Now she was shoveling food down as fast as her chopsticks could fly.

“Can I try some?” asked the girl sitting in front of her.

Sarah was shocked to hear the girl speak. She nodded slowly and nudged her lunch toward the girl sitting in front of her, who gingerly picked up the fish with her fork. Sarah watched her expectantly, as the girl chewed the food slowly.  She paused. And smiled. “This is delicious,” she declared, “What’s your name again?”

This was the start of a new friendship between Sarah and the girl, who introduced herself as April. April was president of the Culinary Club and she was reading a home cooking book when Sarah sat down. April begged Sarah to teach them how to cook, “I’m so sick of casseroles and decorating cookies. We need an upgrade.”

“I’m not a very good cook,” Sarah shly responded, “But my mom is. Do you want to come to my house some time?”

It was a done deal. On Friday, instead of walking home alone like she usually did, Sarah walked side-by-side with April, who filled their conversation with animated debates about their favorite cuisines, spices, and the personality traits of condiments. They were in the middle of a heated argument about durian, a small, prickly, smelly fruit -- Sarah was an adamant “no” while April was breathless from trying to convince her “yes”-- when Sarah’s mother opened the front door, ushering them in.

“You must be April?” she smiled. “I came back from the market with all the ingredients.” She led them into the small but cozy kitchen.

Tying aprons around their waists, the girls launched right in, washing the mountain of colorful vegetables in the sink. There were some vegetables April had never seen before, long stalks of green onion and knobby ends of ginger. They felt so earthy and natural underneath her fingertips and April’s mouth watered in anticipation of getting to eat food not overwhelmingly sweet or intense, but nourishing.

“Does your family cook at home, April?” Sarah’s mother asked, while peeling cabbage.

April rolled her eyes and laughed, “If you call sticking a frozen pizza in the oven cooking, then yes. My family isn’t home much. But I try to cook anything that I can get my hands on in the fridge. That’s why I started the Culinary Club at school. It’s a place where people can learn how to make and share home-cooked meals.” She looked down, “People at this school can be pretty closed-minded to anything that’s unfamiliar to them.”

Sarah remembered the embarrassment she felt when the kids at the cafeteria were whispering about her. “That’s why we’re going to prove them wrong.” Sarah responded, throwing her arm around April’s shoulders. “Open their mouths, open their minds!”

“Well girls, first you’ll have to open this can of corn for me,” Sarah’s mother interrupted, bringing them back to the task at hand.

After washing, dicing, and mincing the vegetables, Sarah’s mother brandished a pan and doused it in oil. “This is how you fry,” she winked. “A little secret stolen from street food vendors back home.” April could only gape when she turned up the heat, engulfing the pan in flames. After letting April and Sarah shake the pan handle and pour in the vegetables, Sarah’s mother came back holding a jar of chili flakes. “April, will you do the honors?”

April gingerly shook the jar and a couple flakes fell limply onto the pan. Sarah teased, “That’s so little! Even my baby cousin won’t think it’s spicy.” In response, April shook the jar of chili flakes harder, dusting the vegetables in a generous red powder. Sarah and her mother nodded in approval. Sarah stirred the pan's contents around with a wooden spatula, causing everything to sizzle in the heat and crisp up.

“Let’s take it off the heat now,” directed Sarah’s mother. She whisked the hot, sizzling pan into the air and set it on the counter to cool. She smiled, “I remember the first time I cooked this recipe, I burned the entire pan. Sarah’s grandmother had to pour a bucket of water onto the kitchen stove so I didn’t burn the house.” She drew out a small sauce dish from the cupboard, along with a glass soy sauce container, sesame oil, and more chili flakes. “We’re going to mix this all together,” she guided Sarah and April before letting them take over. Their finished creation was a vibrant red sauce spotted with sesame seeds.

Once everything was prepared, Sarah’s mother transferred the food onto dishes and carried out the plates of piling food onto the table. The vegetables were hot, crispy, and fried, with a flare of spicy aromas steaming from the top. April’s eyes widened.

“We normally hold hands and say a small prayer before every meal,” said Sarah’s mother, who offered her arms to Sarah and April from across the table. April’s heart warmed. It had been so long before she sat at a dinner table with someone beside her. Sarah and April linked hands and closed their eyes for a few moments before breaking apart and digging into the food.

Sarah’s mother laughed while watching the girls tear into the food. “You eat like you haven’t eaten in days.”

April couldn’t speak. It was the first time she had cooked and eaten a meal at home that was cooked from scratch. Ever since her father was diagnosed with cancer and her mother had picked up an extra shift in the hospital, April was far too familiar with eating microwave-able meals alone. But today, she was overwhelmed with the warmth and comfort of this ordinary meal. Who knew that food could be such an emotional experience?

She looked at Sarah instead, who was calmly picking up the food with her chopsticks. April’s gaze was interrupted by Sarah’s mother, who put another mountain of vegetables and rice on her once-empty plate. April’s eyes were full of appreciation and awe. This was the best meal she had eaten in her life and the closest reminder of her family. April could only verbalize a sincere “thank you” to her new best friend Sarah and her mother for welcoming her into their home and cooking a meal that warmed her heart and soul from the inside out.